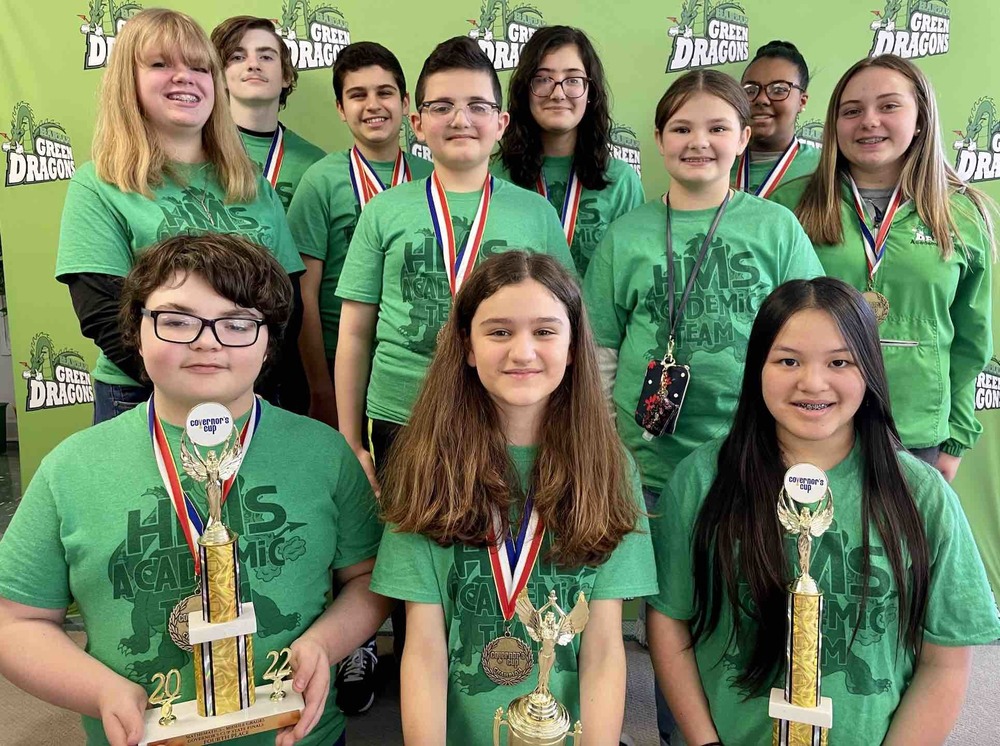 (Harlan, Ky.) – The Harlan Middle School Academic Team etched their names in the history books doing what no other school in Harlan County history has been able to accomplish since the Kentucky Governor’s Cup competition was started in 1986. 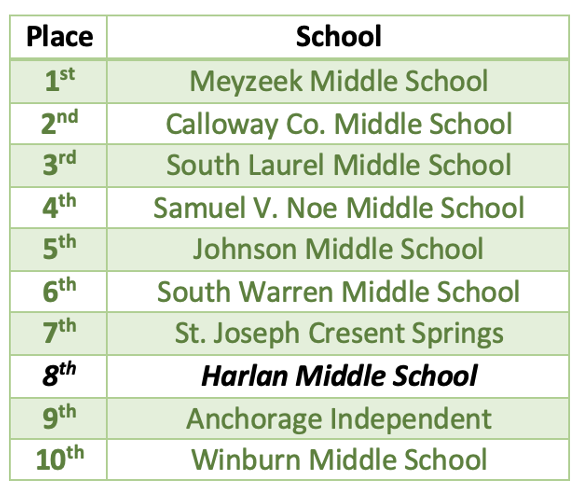 With more than 300 schools represented, Harlan Middle School’s 8th place finish, the highest in school history, was no easy task. Coached by Middle School Guidance Counselor Chris Day and Social Studies teacher Chris Howard, Day noted the high level of competition Harlan would face over the weekend. “Only the best and brightest students from some of the best schools qualify for state competition, so you know when you get there you are going against the smartest kids Kentucky has to offer. Our teams strong finish, the best in school and county history, validates just how dedicated and committed our students are to being great in the classroom.  These same students have done very well beginning at Harlan Elementary and have just continued to grow academically. Our teachers at Harlan Middle do an amazing job of pushing them in the classroom which helps our overall efforts to compete at such a high level. As a coach, I couldn't be any prouder of what they have accomplished.” 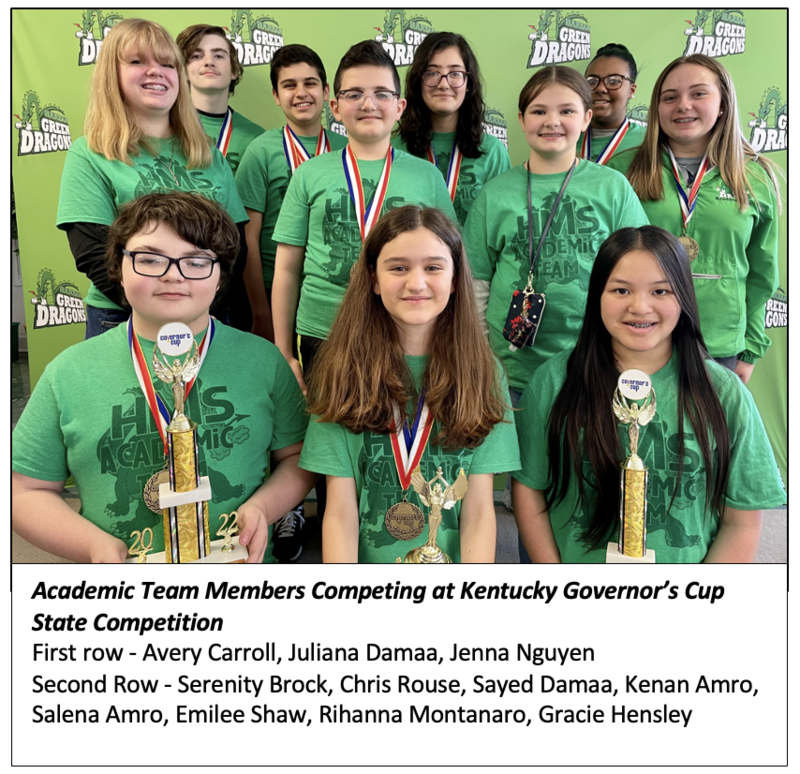 The Harlan Quick Recall team had to battle through several rounds of competition before ending the day with a school and county record 5th place finish. The quick recall portion of the competition is often the most exciting as teams of students compete head to head to answer a variety of questions covering a wide range of academic areas under a timed format.

Coach Chris Howard stated, “They are a very hard working, dedicated team and when you combine that with the experience, they have gained over the past few years you get the results that we have seen.

The Green Dragons were led by Sayed Damaa, who was nearly perfect during the competition. Damaa qualified to compete in the individual assessment areas of Math and Science by securing top finishes during regional competition. Damaa finished 2nd overall in Science missing the top spot on a tiebreaker. Both Damaa and Amogh Patnaik from South Warren Middle correctly answered 49 of 50 Science questions. However, Patnaik secured the top spot by answering nine of ten tiebreaker questions correctly, while Damaa correctly answered eight of ten. 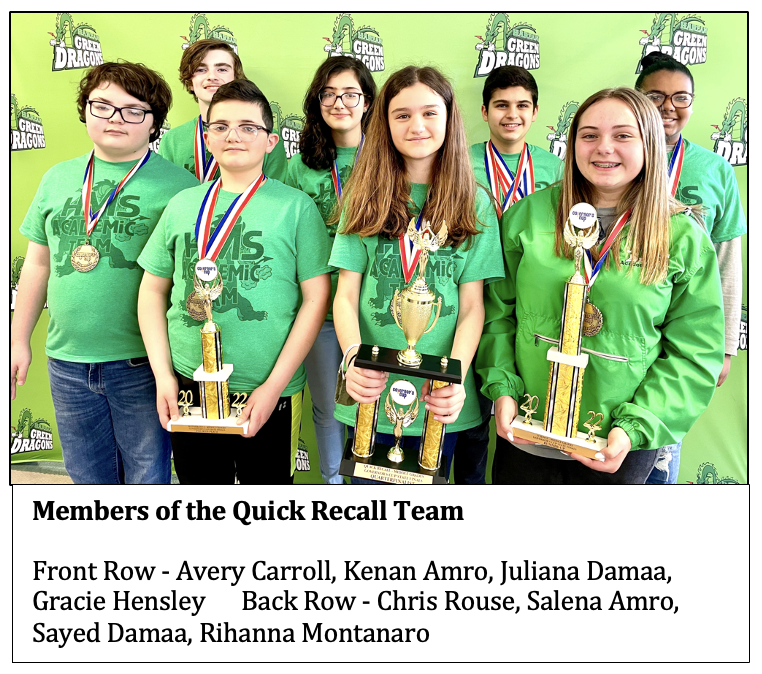 Damaa placed 4th overall in Math missing the top spot by only two points. Both the Science and Math finishes are the highest individual finishes among any student from Harlan Independent Schools at the state level competition.

Harlan Middle School Principal, LeAnne Huff stated, “To rank so high in the state competition is just phenomenal for our students and school. We are thrilled to celebrate such a successful competition season for our HMS Academic Team.”